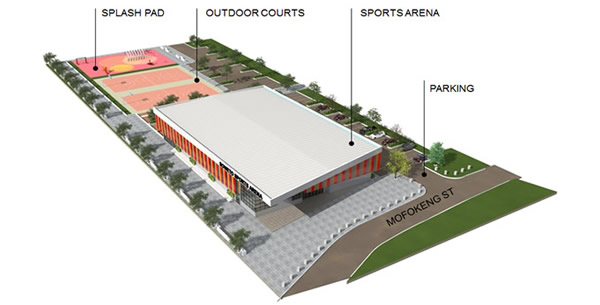 The community of Nancefield and Soweto will soon enjoy healthy and stress free lifestyle. They will also produce best and high performing sports fanatics, active youth and best performing learners through the newly and magnificent constructed multipurpose sport facility which is adjacent to Nike Sport Centre in Nancefield, Soweto. The facility was initially called Nancefield Multipurpose Centre and City of Johannesburg’s department of Community Development approved that it be officially named the Klipspruit Sports Centre.

The Johannesburg Development Agency on behalf of the City of Johannesburg completed the construction of the robust Klipspruit Sports Centre which comprise the new Basketball oriented sports centre, two new outdoor basketball/netball pitch, new Splash Pad and Play equipment, associated servicers, parking, seating areas ,landscaping and the new Park link. The construction of the Klipspruit Sports Centre also included the Guard house and the Caretakers house to ensure that the facility and the community’s safety and security are taken care of. 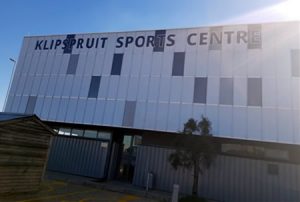 JDA CEO, Christo Botes says, ”the construction of the sport facility created employment in the area. The main contractor Shomang Construction utilised local labourers and sixteen (16) SMME’s on the project.”

The Klipspruit Sports Centre is part of the Nancefield Transit Orientated Development (TOD) project, which is one of the four key TODs that the City has identified as priority TOD projects. It entails upgrading of existing roads, bulk services, new roads, multi-purpose centre and community parks. Since the inception of the Nancefield (TOD)project, the JDA, the project team and contractors have donated to the community as well as some schools in the area through their various Corporate Social Responsibility programmes.

Partnerships with local communities and stakeholders in Nancefield have cultivated a much more sustainable sense of ownership, civic pride, citizenship, unlocked development potential and co-produced solutions together with communities in Soweto and in particular Nancefield (Klipspruit) and surrounding townships.

THE WATT INTERCHANGE IN WYNBERG UP FOR A FULTON AWARD

12Next
Manage Cookie Consent
To provide the best experiences, we use technologies like cookies to store and/or access device information. Consenting to these technologies will allow us to process data such as browsing behavior or unique IDs on this site. Not consenting or withdrawing consent, may adversely affect certain features and functions.
Manage options Manage services Manage vendors Read more about these purposes
View preferences
{title} {title} {title}
Go to Top