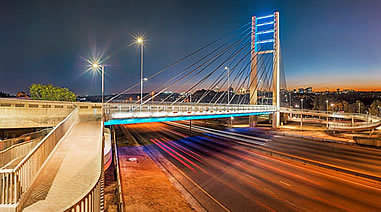 The JDA is the City of Johannesburg’s development agency and was established at a critical moment in Johannesburg’s history as part of the iGoli 2002 re-engineering process. Since then, its role has evolved significantly. The JDA is guided by the overarching frameworks of the National Development Plan, the Gauteng 2055 vision, the CoJ’s GDS 2040 and CoJ’s SDF. In particular, the agency is led by the 2040 strategy’s ideals of resilience, liveability and sustainability – driven by the conviction that a resilient city is flexible and strong enough to solve complex and unanticipated problems.

The agency has evolved with the changing requirements of Johannesburg and its people. It has also learnt from its experience over the years. JDA has shifted its focus from triple bottom line outcomes (economic, social and environmental) in the inner city and marginalised areas to an emphasis on resilient, sustainable and liveable urban areas in identified transit nodes and corridors.

Over the five year term, the JDA has grown by almost 100% from 50 employees to 90 employees in the last 5 years to meet its extended mandate which included re-defining our role as Area Based Regeneration Agency of the City. The Increased mandate of the JDA resulted in an increased capital budget and increased number of projects to implement on behalf of client departments. The Total capex allocation increased to just under R5 Billion over the last 5 years.

Building a more welcoming, competitive and resilient Johannesburg that is a better city to live, work and play in.

The key values that inform the work and approach of the JDA are:

The JDA aims to: